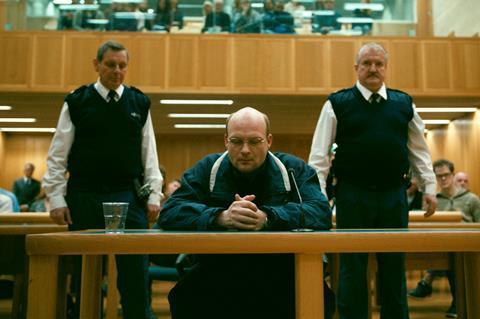 The film is based on the true story of the notorious Dutch ‘Deventer murder case’, when a widow was killed in her home in 1999. Her tax adviser Ernest Louwes was convicted of the murder but not everyone agreed with the final judgement, with the victim’s handyman Michaël de Jong also suspected.

Fedja van Huêt (star of Oscar-winner Character) plays investigative journalist Bas Haan who worked on the case and went on to write the bestselling book on which the film is based.

The Judgement is directed by Sander Burger. Yorick van Wageningen, who appeared in Terrence Malick’s The New World and David Fincher’s The Girl With The Dragon Tattoo, plays de Jong.

Pim Hermeling’s September Film is already aboard to handle the Dutch release, which is set for September. At its virtual Seattle Film Festival world premiere the film won six awards including grand jury prize and the world competition’s best director and best screenplay awards.

The Judgement is a production of BIND in co-production with KRO-NCRV and is supported by Netherlands Film Fund, Netherlands Production Incentive, CoBO Fund and Abraham Tuschinski Fund.

Haan said of the project: “I think it’s fantastic that this story is on film. It shows how, long before Trump, public opinion can be captured by lies and how even critical journalism struggles with that. An insight that is important now more than ever.”