EXCLUSIVE: Producers Lauren Grant of Clique Pictures and Lori Lozinski of Violator Films announced on Thursday they had signed the music video director to helm their feature. 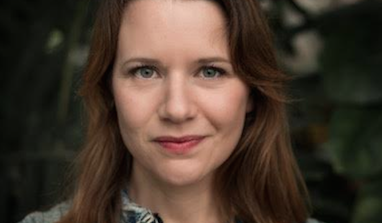 Morgan has directed top artists such as Janelle Monae, Gnarls Barkley, The Kills, and Laura Mvula. Her most recent dance film Etoiles, I See You was the opening film for The Paris Opera’s 3emé Scene.

Production is scheduled to begin this autumn on Sugar Daddy, which centres on a struggling musician who goes online to find a rich older man to fund her work.

Kelly McCormack will star and wrote the screenplay.

“Sugar Daddy is an honest, ruthless and sublime take on the female experience,” said Morgan. “Kelly McCormack can only be described as a fireball and her script is exactly the type of story I’m drawn too.

“The project felt so perfect for me with its balance of dramatic narrative and music. We are not only making a film, we are creating music and a whole musical persona for Darren. It’s next-level.”

Morgan is represented by Believe Media for the US and UK and Untitled Films in Canada.

“My whole purpose is to expose audiences to uninhibited female narratives that transgress stereotypes,” said Lozinski. “Enter the creative and magnetic force that is Kelly McCormack, the producing prowess of Lauren Grant, and top it off with the visual and musical panache of Wendy Morgan – we present an undeniable evolution agency”.

“I’m excited to be working with the creative talent of Wendy Morgan, Kelly McCormack and Lori Lozinski on an unabashedly female-centric story with a character we haven’t seen before,” said Grant. “Sugar Daddy explores the type of gender politics women are forced to navigate everyday.”