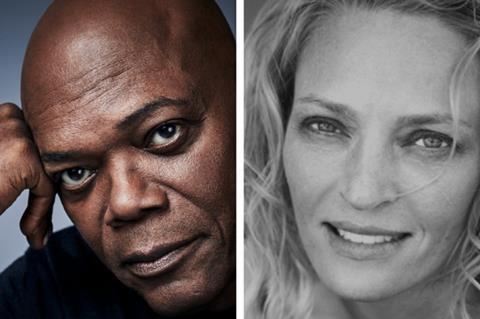 Nicol Paone will direct from a screenplay by Jonathan Jacobson about a hitman, his boss (Jackson), an art dealer (Thurman) and their money laundering scheme that accidentally turns the hitman into an overnight avant-garde.

Jackson can currently be seen in The Last Days Of Ptolemy Grey for Apple TV+ and he is an executive producer on the series. Among his film credits are Nick Fury in the Marvel Cinematic Universe, The Hateful Eight, Django Unchained, The Hitman’s Bodyguard films, and the Star Wars prequel trilogy.