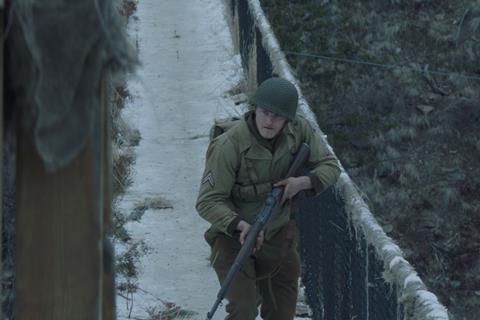 At the midway point in the Cannes virtual market Bleiberg/Dimbort has reported a flurry of sales on Enderby Entertainment’s Second World War thriller Recon led by the UK, Germany, and France.

Brainstorm Media is set to release the film in US theatres nationwide in November on Veteran’s Day to commemorate America’s military heroes.

Robert Port directed the adaptation of Richard Bausch’s novel about four American soldiers on a mission in the Italian mountains in the final days of the war.

Relying on an old local with uncertain loyalties as their guide, the men must trek through the wilderness as an unseen enemy sniper pursues them.