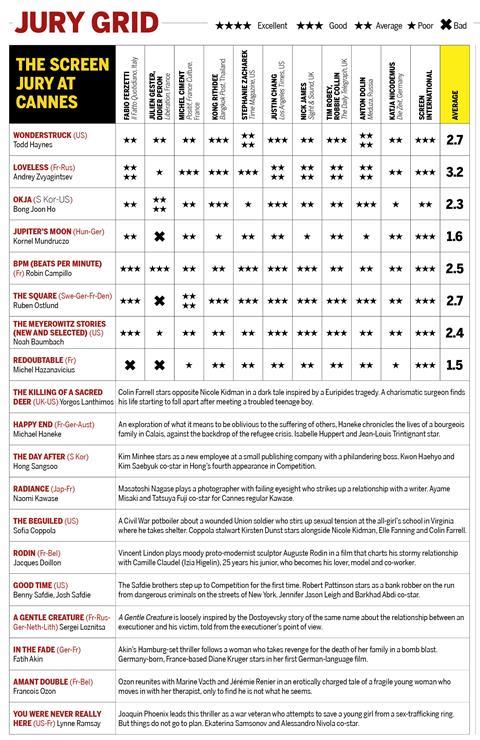 However, Screen’s own critic went against the tide, awarding the film three-stars and calling it “dazzlingly executed, hugely enjoyable”.

Italy’s Fabio Ferzetti, and France’s Julien Gester and Didier Peron, gave the film a no-star rating of X. It totalled 1.5, a low so far for this year’s grid.

Its total of 2.4 puts its fifth on the list, with Andrey Zvyagintsev’s Loveless still out in front on 3.2.