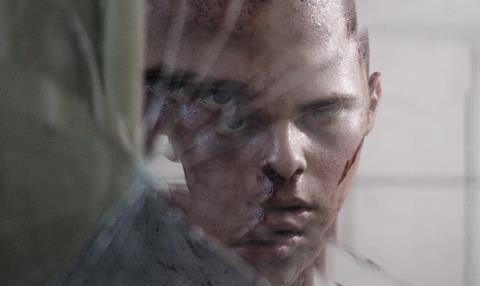 “It’s a really powerful film, a Macedonian version of the City of God. It came to me through my network and I’ve been following it since the project stage,” says Reel Suspects CEO Matteo Lovadina, who is aiming for a Toronto international premiere for the film.

The picture stars first-time actor Martin Gjorgoski as Phillip, a rough, marginalised teenager, who is forced to participate in a terrifying encounter by a corrupt policeman while in the care of social services.

Irrevocably damaged, he is hell-bent on seeking violent revenge on society, enlisting the other “lost boys” in the tough juvenile adoption centre he calls home.

Skopje-based film and TV production outfit Dream Factory Macedonia produced the film. The company’s previous credits include Monument To Michael Jackson, which premiered at Karlovy Vary in 2014 and won the jury award at the Santa Barbara International Festival, and Tozija’s short film The Man In The Habit Of Hitting Me On The Head With An Umbrella.

A remake of Joseph Larraz’s 1974 English-language cult classic of the same name, the picture revolves around two vamps who lure men to their dark manor with the promise of group sex and then massacre them.

Reel Suspects will market screen both Amok and Vampyres at Cannes.

Other titles on its Cannes slate include Babak Jalili’s Radio Dreams, which won the top Tiger Award at the International Film Festival Rotterdam this year, and Mexican Emiliano Roche Minter’s We Are The Flesh.

The latter has also been generating strong buzz since world premiering at Rotterdam and gaining the endorsement of compatriot directors Gonzalez Iñarritu, Alfonso Cuaron and Carlos Reygadas

It will screen in Cannes as one of the Blood Window Galas, the joint initiative between the Marché du Film and Ventana Sur showing a selection of horror films from Latin America in late night screenings.