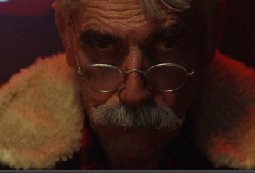 The Man Who Killed Hitler And Then The Bigfoot

RLJE Films has acquired all North American rights to the upcoming adventure film The Man Who Killed Hitler And Then The Bigfoot.

The Man Who Killed Hitler And Then The Bigfoot premiered at the Fantasia Film Festival and centres on legendary American war veteran Calvin Barr who, decades after serving in the Second World War and assassinating Adolf Hitler, must now hunt down the fabled Bigfoot.

Living a peaceful life in New England, the former veteran is contacted by the FBI and the Royal Canadian Mounted Police to lead the charge against the creature, which carries a deadly plague and hides deep inside the Canadian wilderness.

RLJE Films plans to release the film nationally in theatres, VOD and digital HD in the first quarter of 2019.

Ward and Jess De Leo from RLJE negotiated the deal with Ewald and Michelle Change of Ramo Law on behalf of the filmmakers.