EXCLUSIVE: Wim Wenders has announced that Robert Redford is to direct one of the films in the 3D/2D series Cathedrals Of Culture project. 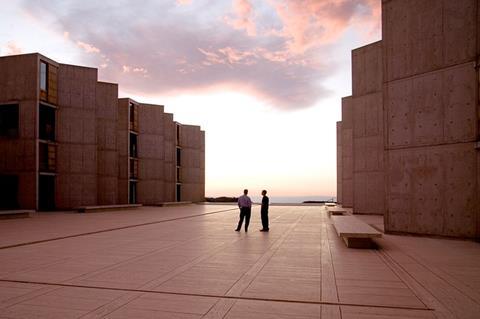 Redford’s film will be dedicated to the Salk Institute in La Jolla, California, a building by architect Louis Kahn. Edward Lachman A.S.C. is cinematographer. This episode, one of six in the series, will be produced by Sundance Productions (New York) and @radical.media (New York) in partnership with Neue Road Movies (Berlin).

“The Salk Institute has spoken to me since I first laid eyes on it,” said Redford, who has been earning rave reviews in Cannes this week for his performance as the abandoned sailor in All Is Lost.

“The result of a collaboration between an artist and a scientist, it epitomizes a design that understands how dramatically creativity drives discovery,” he continued. “I thank Wim Wenders for this terrific opportunity”

“I’m utterly happy and excited to welcome Robert Redford as one of the fellow directors for our series,” Wenders commented.

“The six of us will each dedicate all our attention, craft and art to an outstanding building, not only trying to uncover its soul, but also making the best possible use of this wonderful new tool we’ve been given: 3D.” Wim Wenders commented.

Neue Road Movies has also confirmed a new partner for the series, the Tokyo-based leading premium pay TV broadcaster WOWOW, which joined the project as Japanese co-producer of the series.

Pre-sales made in Cannes this year include Madman (Australia), Against Gravity – Artur Liebhart (Poland) and Luca Barbareschi (Italy), with in total more than 10 pre-sold territories for the series.

Cathedrals is an international series presented in both 3D and 2D about the souls of buildings.

The six films will present the filmmakers’ personal interpretation of these buildings while allowing the audience to experience the intimate exchange between the buildings and their users.

Produced in 3D, each 26-minute episode of the series will contribute to the development of 3D as a new visual language.

The series has received financial backing from Medienboard Berlin-Brandenburg, the Media TV Broadcasting Support, and from rbb/Arte. The series will be available for distribution and broadcast in 3D and 2D in spring of 2014 and will premiere on the festival circuit.