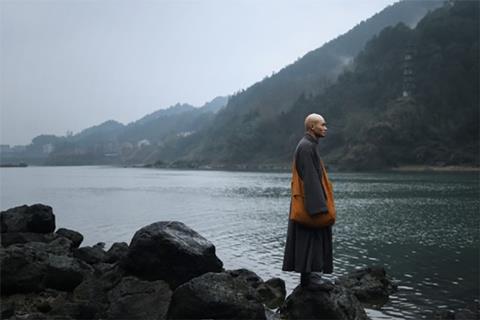 International Film Festival Rotterdam (IFFR), which runs 24 Jan to 4 Feb, has announced the full line-up of its Bright Future programme, including the titles that will compete for the Bright Future Award.

Other world premieres include Christopher Makoto Yogi’s debut August At Akiko, The Heart by Swedish filmmaker Fanni Metelius and Egyptian film Poisonous Roses by Ahmed Fawzi Saleh, and La Estrella Errante by Spanish filmmaker Alberto Gracia, who won the FIPRESCI Award with his feature debut The Fifth Gospel Of Kaspar Hauser at IFFR 2013.

The jury for the award will be made up of Artistic Director of Netia Off Camera Ania Trzebiatowska, Rotterdam filmmaker and editor Nathalie Alonse Casale and Grasshopper Films distributor Ryan Krivoshey from New York. The award will be presented during the awards ceremony on Friday 2 February.

48 films in all have been selected for the strand in all. The complete line-up is below (descriptions by IFFR).

Musician Alex Zhang Hungtai returns to Hawai‘i after years abroad. His search for home and roots intensifies when he forms a bond with local kupuna Akiko.

In the sugarcane country of North East Brazil, where Evangelicalism is on the rise, people start to disappear and other strange things start to happen as Maracatu carnival season gets underway.

In a small Indian village, Kempanna and his wife Saubaghya are unable to conceive. A scandal seems imminent.

A group of clowns travel to the Greek island of Lesvos on a mission to bring laughter to the many people escaping war in February 2016.

Ella and Nell used to be best friends. Now grown apart and in their forties, they set out on a hike in order to reconnect. The mood changes as old wounds are reopened.

In the back room of a flower shop, three men are digging a tunnel to break into a bank safe. Heavy rainfall interrupts their work.

During a break, a young baker notices a strange bird fall. He decides to take a closer look, and an unbelievable journey across the rooftops of Rome ensues.

Mika and Tesfay. She’s a photographer. He’s a musician. Both are up-and-coming. The first true romance. But an invisible conflict, an unnameable shame, stirs between their sheets.

Fate brings together three fascinating lost souls – a monk with a sack of money, an innkeeper with a heavy conscience and a father who’s lost his son – in young Chinese director Zeng Zeng’s mysterious tale of guilt, punishment and ambiguous redemption.

An American documentarian sets out to make a film about immigrants in post-Brexit vote London, but ends up intruding on the life of a struggling Polish actress. A raw, sexual, visually brash cine-essay.

Saqr dreams of a life beyond his tannery job in the slums, but his love for the sister he would leave behind keeps him tied there.

In a notorious social-housing block in Ghent, both the building and the residents must go. Winner of the 2017 Audience Award at Film Fest Gent.

Amidst the violence and poverty of Manila, Hendrix dreams of becoming a rapper. He will need Doc’s help to find the right words.

A story of two Danish-Korean adoptees visiting their motherland for the first time and confronting their own identity struggles.

A tale of reincarnation unfolds through the stories of a dead actress, an ex-mistress and an unfaithful husband, somewhere between New York and Singapore.

On March 17, 2004 an explosive device was activated at the Piloto Public Library in Medellín, where much of the photographic archive of Colombian history is kept. A photograph is the only evidence of this barbarism.

High school sweethearts Ernesto and Paula return to their hometown, Misiones, for the summer. Ernesto’s rekindled friendship with los vagos (‘the bums’) triggers upheaval for the pair.

While making his escape, a thirteen-year-old boy struggling to fit in at a children’s home in the Brandenburg forest meets an old man.

All You Can Eat Buddha, Ian Lagarde, Canada, 2017, European premiere

A man’s mysterious appetite and supernatural powers gradually lead to apocalypse in an all-inclusive resort in the Caribbean.

A series of odd and mysterious dramas unfolds against ordinary backdrops in this new film from Tiger Award winner Ikeda.

Fired from his job at the municipality for making deals on the side, Ghasem is forced to make changes. While is he making plans for his wife’s inheritance, a completely new opportunity arises.

The punk band Los Fiambres released one cult album in 1984. More than thirty years later, their lead singer, Rober Perdut, wanders around his Galician hometown in this sensory, melancholic film.

Under the pretence of research, Ga-yeong pries into the personal and sexual life of a new acquaintance. Despite having a girlfriend, the acquaintance willingly participates. Is he unaware of her desire, or just impressed by her line of questioning?

In a bar called Inferninho, the staff dream of escape. A handsome sailor with a dream of finding home arrives.

In an esoteric trance, Jonaki, an 80-year-old woman, finds herself in the midst of a decaying world of nostalgia. Here, she is made to relive moments of her life by the ones closest to her.

Following two young parents after the birth of their baby, the film scrutinises the calm rhythm of daily life by zooming in on many moments that may not be as ordinary as they appear.

The Pain of Others, Penny Lane, USA, 2018, world premiere

A found-footage documentary about Morgellons, a mysterious illness whose sufferers say they have parasites under the skin and a host of other bizarre symptoms that could be taken from a horror film.

A young disabled guy wants to explode in public. He’s not suicidal or an extremist, he’s purely interested in this act’s effect. That he’ll die is unimportant, he just doesn’t want people to misinterpret the event.

An eccentric family on a mission travel through dictatorial Brazil to save humanity from annihilation. Cheerfully nihilistic film trip takes us past a colourful parade of sailors, whores, generals, corrupt priests and trigger-happy nuns.

A young woman, Ako, wanders around a sparsely populated housing estate in a rural city, Mito, where she spends her time speaking to objects and plants.

Young pianist Mila prepares for an audition abroad. Her eccentric younger brother attempts to distract her while her father tries to keep it all together.

To mourn his deceased father, an evangelical gardener is forced to participate in celebrations that are contrary to his will and his beliefs.

Two women spend a weekend together at the North Sea before life (and the sea?) take them off in different directions.

Leaving behind a ruined career and a bitter divorce, Selim returns to his hometown, Izmir. While wandering the city he runs into an old friend and finds himself gradually drawn into a new world.

In this rural thriller, a stranger finds refuge and community in a small village; it quickly becomes clear he’s not the only one with secrets.

A broken-hearted man focusses completely on his job as caretaker for a beachfront house, until a group of special guests arrive.

On the verge of adulthood, Andrew yearns to find his purpose as a young African-American facing up to the mounting pressure of family responsibility.

A film about memory and disappearance – of people, places and things.

With nothing to lose, Milla and Leo set up a new life for themselves in an abandoned house in a seaside town in Normandy.

The Nothing Factory, Pedro Pinho, Portugal, 2017

Under the shadow of the bankruptcy of their elevator factory, workers look for ways to regain control of their lives.

An old hermit (Johan Leysen) takes in a young man after finding him half naked in the forest. Despite the young man’s refusal to talk, a connection grows between them.

A contemporary love story between an ex-convict and a shy anthropologist, set in the Roma outskirts of Bucharest.

After celebrating their engagement, a young couple are kidnapped in the north of the Russian Caucasus in the late 1990s. Their families must find the money to secure their freedom.

Those Who Are Fine, Cyril Schäublin, Switzerland, 2017

Using skills gained working in a call centre, Alice makes a sinister income posing as the granddaughter of Zurich’s many lonely grandmothers.