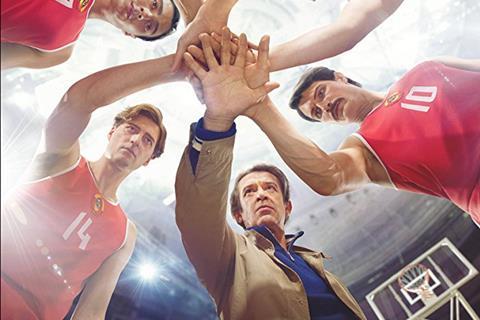 Central Partnership has confirmed a Chinese deal on Russian basketball film Three Seconds with Beijing AIRMITA Culture Development Co. and licensed Spain to Mediaset amid a boom in sports films at the Russian box office.

Three Seconds has grossed approximately $50m through Central Partnership in Russia to rank second at the local all-time box office behind Avatar. The film celebrates the unlikely last-minute victory of the Russian team over their previously all-conquering American rivals at the 1972 Munich Olympics.

It has already also been released successfully in the Baltics through Garsu, and in Germany through Kartina.

The success of Three Seconds follows on from that enjoyed by ice hockey filmLegend No. 17, a runaway box office winner in 2013, and from the record-breaking opening last week for Art Pictures Studio’s new feature, Ice.

Now, the country has its own very football film, which is being presented to buyers in Berlin for the first time. Central Partnership is releasing The Coach on 1,200 screens in April to tie in with the FIFA World Cup in Russia two months later. The film marks the directorial debut of the country’s most popular current movie star, Danila Kozlovsky, recently seen in BBC drama, McMafia and nicknamed “the Russian Tom Cruise.”

Kozlovsky, who is also one of the main actors in Russian Berlinale competition entry Dovlatov, co-wrote the film and also stars. He plays an ex-international whose career ended in scandal and disgrace when he missed an important penalty. Now, he is re-building his career as coach at a lowly provincial team and propels them to league success in miraculous fashion.

Central Partnership is screening early footage and reports strong interest in countries with a football following, among them Spain, France and Brazil.

“First of all, they’re really good films, well made and with great drama,” Vadim Vereschagin, director of distribution at Central Partnership, said of the current boom in sports films at the local box office. “Sports is basically the wrap-up. They’re really just great scripts, great stories, great dramas and perfectly made movies.”