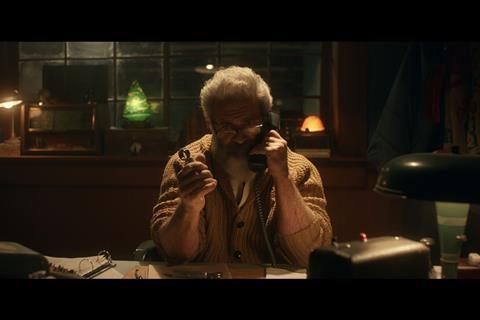 Eshom and Ian Nelms (Small Town Crime, Waffle Street, Lost On Purpose) wrote and directed the story about a precocious 12-year-old who hires an unorthodox hitman to kill Santa Claus after receiving a lump of coal in his stocking.

Saban Films’ Bill Bromiley said, “This is our second collaboration with the Nelms brothers [after Small Town Crime], and we couldn’t be more excited to bring another unique, thrilling movie of theirs to our audiences. Eshom and Ian are a talented duo, and we were hooked from script stage. This one is a fun ride.”

Jonathan Saba and Bromiley negotiated the deal for Saban Films with de Barros on behalf of the filmmakers.

Saban Films will announce release plans at a later date.