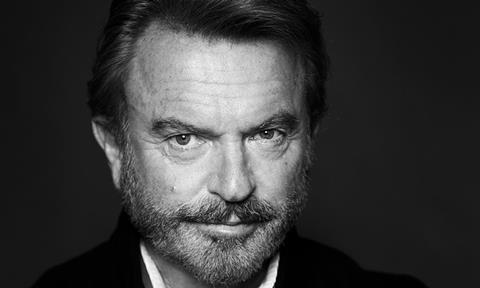 Sam Neill has boarded prison break drama Escape From Pretoria and will star alongside Daniel Radcliffe.

Goldberg was imprisoned with other key members of the anti-apartheid movement, including Tim Jenkin (Radcliffe), and was the only white man to be sentenced, alongside Nelson Mandela.  He received four life terms in 1964 and was finally released in 1986 having served 22 years in Pretoria’s Maximum Security prison.

The project is being produced by David Barron, Footprint Films and The Works Film & Television Group.

David Barron comments: “I am thrilled Sam Neill has agreed to join the cast of Escape From Pretoria.  I cannot imagine another actor portraying Denis Goldberg who was such a hugely important player in the fight against apartheid.”

Neill will next be seen in The Commuter with Liam Neeson; Marvel’s Thor: Ragnarok and Sony Picture’s Peter Rabbit.