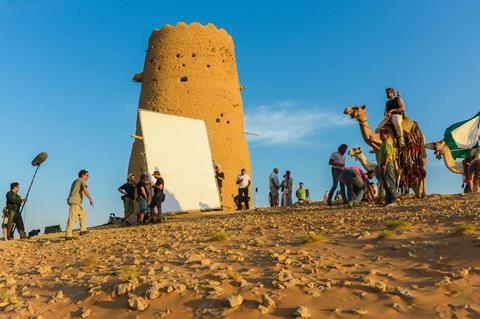 Nebras has its headquarters in Riyadh, and backed by Alnafees Holding Company. Alnafees are parent to several companies involved with the Vision 2030 transformation plan, which looks to create a Saudi Arabia with revenue means outside of oil.

Nebras’ general manager Niko Ruokosuo said “We’re seeing unprecedented levels of interest in the Kingdom, with the studio rapidly becoming the epicentre for production, and we look forward to welcoming filmmakers looking to maximize the region’s mass-market opportunity.”

This month Saudi Arabia ended its ban on public cinema screenings, with Black Panther becoming the first film to be openly screened in the country for 35 years.