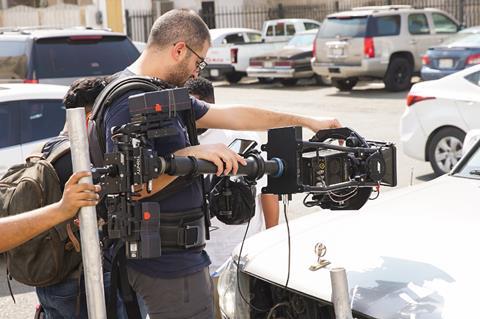 The Book Of Son set

It aims to back more than 100 feature and series projects in its first year. Saudi nationals will be able to apply to the fund for support for short films in development and production.

The Jeddah-based foundation Red Sea Film Festival Foundation was created in 2019 following the lifting of Saudi Arabia’s 30-year cinema ban. Its central mission is to organise Saudi’s first international film festival, the Red Sea International Film Festival (RSIFF), the inaugural edition of which is due to take place November 11 to 20. It is also charged with supporting the local and regional film industry with education and grants.

Last year, it supported the production of two local features The Book of Sun by Fares Qods and 40 Years And One Night by Mohammed Alholayyil. The creation of the fund expands these activities.

“Helping African and Arab cinema grow, that’s a very exciting responsibility,” said recently appointed RSIFF artistic director Edouard Waintrop. “That’s what the Red Sea Fund will do at every stage of the making of the chosen movies and episodic content. metamorphosis.”

The Red Sea Fund will be open to projects in the development, production and post-production stage. All projects that apply to the Red Sea Fund will automatically be eligible for the festival’s Red Sea Souk market and industry hub, which will feature project pitching sessions and a films-in-progress workshop.

“The Red Sea Fund is a major boost for the African and Arab film industry,” said SIFFF managing director Shivani Pandya. “Over the past two decades, we have seen the Arab and African film industry grow and flourish. The Fund and the Red Sea Souk will provide more tools to support the Arab and African film business to make even more of an impact on the international marketplace with the launch of its project market and films in-progress workshop this November.”

The Red Sea Souk will also feature a programme of panels, networking events, workshops and booths connecting the international film community with professionals from Saudi Arabia’s emerging film and TV sector as well as the wider Middle East and North Africa region.