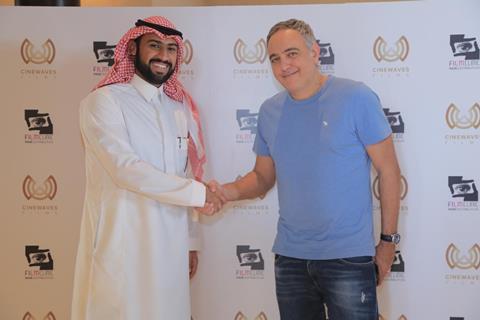 Riyadh-based distributor CineWaves, one of the first Saudi companies to move into arthouse films, has signed an artistic cooperation pact with Egypt’s Film Clinic Indie Distribution.

Under the deal, CineWaves will handle the Saudi release of Film Clinic Indie Distribution titles and there are plans for the two companies to cooperate in other ways in the future.

Cairo-based Film Clinic Indie Distribution is the distribution arm of Egyptian producer Mohamed Hezfy’s film company Film Clinic. The label has a focus on independent films that have had a successful run on the international film festival circuit.

Baltyour and Hefzy announced the partnership during the Red Sea International Film Festival (Dec 6-15). “Our goal is to build a successful cinematic community that reaches the world and is open to everyone who is interested in the film industry at the local and international levels,” said Baltyour.