Scotland’s Wardpark Film and Television Studios acquired by US investors 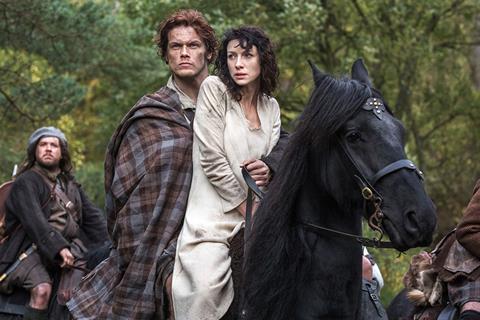 The largest and only full-service studio in Scotland, Wardpark’s 14-acre campus offers approximately 200,000 sq ft of studio space. Executive director of Screen Scotland, Isabel Davis, has described it as “a phenomenal training ground for scores of new entrants to the valuable and fast-growing Scottish screen sector”.

It is home to TV series Outlander, produced by Sony Pictures Television and Left Bank Pictures for Starz. Series six is currently being filmed.

The Wardpark staff is to remain unchanged and, as of yet, no expansion plans for the site have been confirmed. “We look forward to evaluating the expansion potential but have not yet made any plans,” said Jason Hariton, chief real estate officer of The MBS Group. “Our primary goal is to ensure that the current tenants continue to be well looked after and undisturbed.”

Chairman and CEO of Wardpark Studios, Terry Thomson, said: “The demand is unstoppable, but we have to compete in a global market to attract inward productions, and bringing Hackman Capital Partners and MBS on board is the first step in the further growth of the industry in Scotland. It is my intention to now expand our investments in the Scottish screen sector in full collaboration with Hackman Capital Partners and The MBS Group.”

“Despite the pandemic, a record £5.9bn was spent in the UK on high-end film and TV productions this year – nearly doubling over the last five years,” added Hariton. “The Scottish Government is working hard to capitalise on the sector’s growth, by bolstering inward investment with the aim to add 30,000 new creative industries jobs over the next five years.”