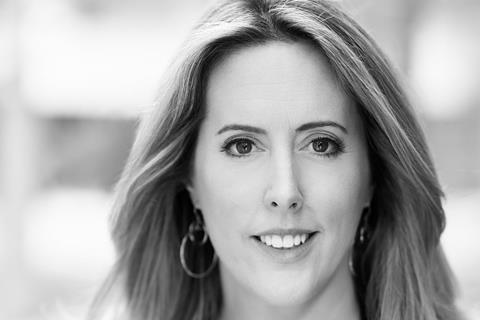 She replaces James Hickey, who in January announced he was stepping down after eight years in the role. Hickey will remain in situ until August, when Finnegan will take up the role.

Finnegan joins from Warner Bros where she was senior vice president, theatrical marketing and publicity EMEA. She has been at the studio for 15 years and was previously based at its HQ in California where she was senior vice president, international publicity. During her time at Warner she worked on campaigns including Dunkirk, The Dark Knight trilogy and the Harry Potter franchise.

During Hickey’s tenure, Screen Ireland’s capital funding has increased from €11.2m to €16.2m, and the Irish government has indicated a “strong commitment” to funding the organisation with €200m over the ten-year period 2018-2027. He oversaw the backing of films including Room, Brooklyn and The Young Offenders.

This year, the organisation has one title heading to Cannes, Lorcan Finnegan’s Vivarium, which will screen in Critics’ Week.

Screen Ireland chair Annie Doona said of the hire: “[Finnegan] is an experienced leader who brings huge energy to her work and has a strong commitment to the screen industries. Her wide knowledge of the international film industry will benefit the Irish industry and we are delighted to welcome her back to Ireland to lead the agency into the next phase of growth.”

Finnegan added: “I am delighted to be returning home to take up the post of chief executive of Screen Ireland and for the opportunity to continue building on the critical and commercial success of the Irish film, television and animation industry. My passion for supporting great storytellers and those with creative vision has played an important role throughout my career and I am sincerely looking forward to working with the incredible wealth of Irish creative talent, both in front of and behind the camera.”