Former winners of Screen International’s Best Pitch Award are among the producers with projects at the co-production market during the 14th edition of Tallinn’s Baltic Event (Nov 16-18). 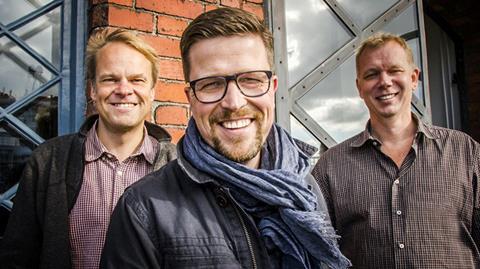 Finnish producers Kaarle Aho and Kai Nordberg of Making Movies Oy,  who won the Screen award on two occasions (most recently, last year for the comedy Impaled Rektum) will be coming to the Baltic Event with Klaus Harö’s next feature project, the grandfather-grandson drama Dark Christ.

Making Movies is the producer of Harö’s The Fencer, Finland’s submission for the Best Foreign-Language Film Oscar.

Meanwhile, Lithuanian producer Uljana Kim, whose production of Kristijonas Vildziunas’ Seneca’s Day took the award home from the 2013 edition of the Baltic Event, will be back in Tallinn with a new project, the post-Soviet period immigrant drama Motherland, to be directed by the successful short film director Tomas Vengris.

The Baltic Event serves as a platform for presenting eight Baltic and Nordic projects in the script and pitch workshop POWR Baltic Stories Exchange as well as 20 projects in the Works in Progress and Screenings sections.

Producers from Estonia, Finland, Germany, Azerbaijan/Romania, Armenia, Lithuania, Czech Republic and Russia will be in Tallinn for the second leg of this year’s B’EST EAVE Producers’ Workshop which had also been held in St Petersburg last month.

One of this year’s Screen Future Leaders, Eva Blondiau of Cologne-based Color of May, is one of the participants with Otar’s Death by Ioseb “Soso” Bliadze.

This year’s Focus on The Netherlands sees the selection of Max Porcelijn’s mystery thriller bestseller adaptation The Source Code and a case study panel on the Estonian-Polish-Dutch co-production Jesus’s Blood and Red Currants by Rainer Sarnet.

The last day of the Baltic Event will see the Black Nights Film Festival’s Industry@Tallinn programme hosting one of the European Commission’s (EC) European Film Forums (18-19 Nov) which had been launched at the Berlinale in February.

This will be an opportunity for European film professionals to quiz the Commissioner on his position regarding geoblocking and the principle of territoriality.

Ansip had caused raised eyebrows among many in the industry through his insistence that he would not support ¨absolute territorial exclusivity¨ and by his suggestion that films could be first be released in the cinemas, then on DVD, ¨but then when it goes on video-on-demand, I would like to ask for cross-border access to the content”.

According to sources in Brussels, Ansip was still peddling this line at a meeting with high-level film executives in September, which he described in a tweet as a ¨good lively debate on how to support creativity, widen distribution, fight piracy.¨

Issues ranging from territoriality to strategies for national film policy will be discussed with representatives from such professional organisations as FERA and FIAPF as well members of the European Parliament, the UK’s British Film Institute, France’s CNC and the Estonian Film Institute, among others.