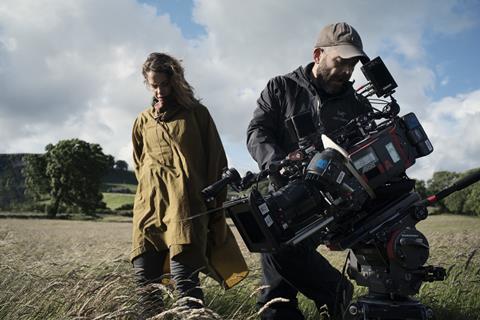 On set of Clio Barnard’s ‘Dark River’, which was part-funded by Screen Yorkshire.

Screen Yorkshire is offering £200,000 worth of grants to film and TV producers hit hard by the Covid-19 pandemic.

The agency’s Indie TV and Film Development Fund will allocate grants ranging from £2,500 and £25,000 for the development of new projects that can be made once lockdown is lifted.

The initiative is funded by Leeds City Region Enterprise Partnership (LEP) and the West Yorkshire Combined Authority through its Creative Catalyst programme, established in response to Channel 4’s relocation to Leeds.

Screen Yorkshire will lead the application and assessment process alongside representatives from the funding bodies.

“In the immediate aftermath of the pandemic, as pitching to broadcasters picks up speed, the indies will need to put themselves in prime position to be ahead of the rush of proposals from other companies from across the UK,” said Screen Yorkshire chief executive Sally Joynson.

“This fund will help them deliver on that, as they take their first tentative steps back into production and begin the long road to recovery.”

The grants are open to companies in the Leeds City Region, which encompasses Leeds and districts such as Bradford, Harrogate, York, and Barnsley.

Applications open on 14 May and will close on 5 June.

Earlier this year, Screen Yorkshire, the NFTS and the BFI launched The Centre of Screen Excellence: Yorkshire, which aims to tackle the talent gap in the region arising from the growth of its television and film industry.

ITN Productions announced in March that it will open a base in Leeds, which will house several commissions that it has secured.