ScreenDaily Talks: How regional festivals help to boost the industry 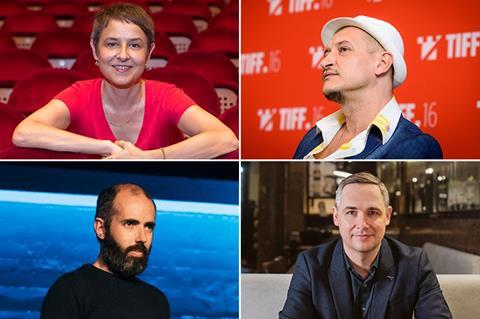 The next episode in our ScreenDaily Talks webinar series will take place July 26 at 15:00 BST / 16:00 CEST and will explore how regional film festivals boost the independent industry.

The panel is in partnership with Transilvania International Film Festival.

They may not attract the star wattage of the A-list festivals but Europe’s big regional festivals are essential events for the film sector ecosystems in their cities and regions.

We talk to festival directors from Romania, Poland, Portugal and Greece about the role they play for the local and international industries, how they boost local filmmakers and help them make international connections, and how they see their future place in the evolving film festival landscape. The moderator is Screen International contributing editor Wendy Mitchell.

Carlos Ramos – co-director of IndieLisboa Internatonal Film Festival
Carlos Ramos has been co-director of IndieLisboa - International Film Festival since 2015 and film programmer since 2006. He is the founder and curator of PLUNC – New Media and Digital Art Festival. He is also a consultant for Direcção-Geral das Artes (DGARTES), the national cultural organism that supports and funds artistic creation and arts.