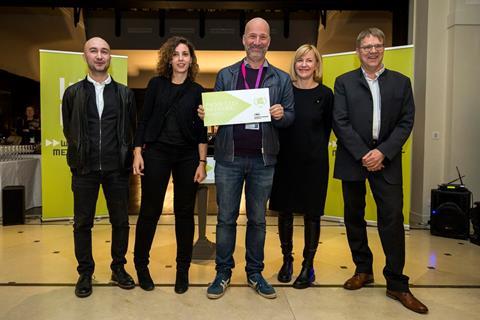 Projects from Serbia, Norway and the Czech Republic were among the winners at the 8th edition of the When East Meets West (WEMW) co-production forum held during this week’s Trieste Film Festival.

The three-day event ended on Tuesday evening with the presentation of Cannes Producers Network Award of free accreditation for Serbian writer-director Dusan Milic’s latest feature Darkling, which he describes as “arthouse with a touch of psychological horror”, and for Norwegian documentary filmmaker Hans Lukas Hansen’s “docu-fantasy” The Quest For Tonewood about the quest for the magical wood to make the finest violins in the world.

In addition, a Hot Docs Industry Pass was awarded to award-winning Serbian documentary filmmaker Srdjan Sarenac for his new project Prison Beauty Contest, which follows the staging of a beauty contest among the inmates of a women’s prison in the Brazilian city of Piraqui.

Berlin/Belgrade-based producer Dragana Jovovic - who pitched the documentary Freedom Landscapes about the the first Partisan woman in Serbia with director Marta Popivoda - was this year’s recipient of the EAVE Producers Workshop scholarship.

There were three new awards presented at this edition of WEMW: the Greek consultancy Heretic Asterisk gave its Asterisk * Visual Marketing Award to the Czech drama Plague by Jan Tesitel; the Baltic Award went to the Italian-Lithuanian documentary I’ll Stand By You by Virginija Vareikyte and Maximilian Dejoe; and the Film Center Serbia Development Award to Italian filmmaker Laura Samani’s feature debut Small Body to be produced by Nadia Trevisan of Nefertiti Film.

A total of 21 projects in development from 16 different countries were presented in the pitching forum this year.

They included Restless, the feature debut by Azerbaijani-born Student Oscar winner Elmar Imanov to be produced by former Screen Future Leader Eva Blondiau of Cologne-based Color of May; Croatian director Rok Bicek’s Dark Mother Earth, his second feature after his award-winning debut Class Enemy from 2013; and Icelandic filmmaker Valdimar Johansson’s feature debut Lamb which will have Bela Tarr serving as a consulting producer for the Go to Sheep production.