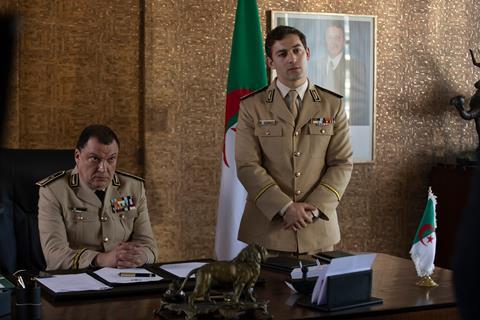 TV series festival and industry event Series Mania, which is taking place in Lille from August 26-September 2, has announced the line-up for its Forum Exclusives section, also known as the Buyers’ Showcase.

Seven out of the 21 series are world premieres, the highest number since the creation of the forum in 2013.

These include Algiers Confidential - a French and German four-part series about a police inspector attached to the German embassy in Algiers who has a forbidden love affair with an Algerian investigating judge, made even more difficult by the kidnapping of an arms dealer.

L’Ora is a 1950s set Italian and French 10-part crime drama about a communist newspaper’s complicated relationship with the mafia.

New Heights is an eight-part drama from Switzerland and set on a dairy farm rocked by a family tragedy after the father commits suicide, while Belgian 10-parter Pandore looks at the aftermath of a judge discovering her father is involved in a major tax fraud case.

Completing the line-up of world premieres are Portuguese musical Doce, a 10-part crime drama from Taiwan called The Amazing Grace Of Σ which tells the story of a pop star consumed by guilt after his manager commits suicide and The Spectacular, a four-part drama from the Netherlands exploring the real-life attacks in the name of IRA which took place in 1988 in the border region between Belgium, the Netherlands and France.

The 21 series hail from 19 different countries and were selected by Series Mania’s artistic director Frédéric Lavigne and his team. They will be available to screen exclusively to registered participants at the on-site screening room during the Series Mania Forum (August 30 – September 1) and on the Series Mania digital platform from August 30-September 18.

This year’s Series Mania will take place as an in-person event after moving dates twice this year, first from its usual March berth to late May, early June, then to its current August, September slot following another surge in Covid-19 cases in the region.

Ever After (It)
Producer: Indigo Film
Distributor: About Premium Content

Way Over Me (Can)
Producer: ALSO Productions
Distributor: Attraction Distribution