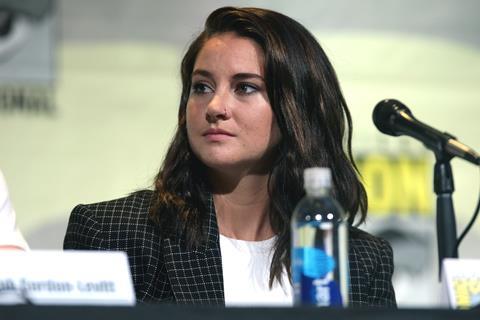 Woodley is taking over the lead role previously set to be played by Emma Roberts when the project was launched last summer.

Production on the film is scheduled to begin this August in New Mexico, US.

The film is based on a short story by science fiction writer Robert Sheckley about a womaniser and a gold-digger who are forced to team up and pursue robot doubles of themselves, who have fallen in love and run away together.

The film is co-written and directed by Anthony Hines and Casper Christensen; producers are Cassian Elwes through Elevated and Stephen Hamel through Company Films, with the latter having developed the project.

CAA Media Finance arranged financing and is co-representing the film’s US rights with Elevated. Thorsten Schumacher and Jere Hausfater will serve as executive producers.

Hines is best known for his collaborations with Sacha Baron Cohen, earning Oscar nominations for best adapted screenplay for both Borat films. He was also co-writer and producer on Ali G, Bruno, The Dictator, The Brothers Grimsby and Who Is America?.

Christensen is a Danish comic who co-created, wrote, directed and starred in TV comedy Klown, which is currently filming its ninth season and has spawned three spin-off films.