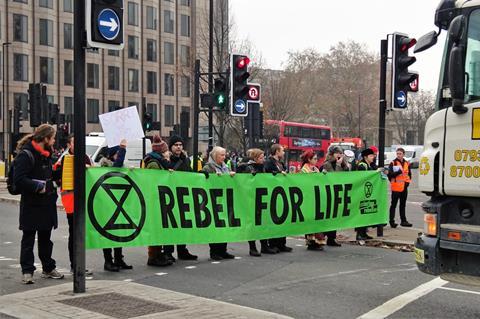 The documentary market will take place via virtual video-conferencing from June  8-10 June, with the Alternate Realities Talent Market running on the same dates.

Among the 48 projects from 500 applications selected for the MeetMarket is XR Beyond The Emergency from the UK. Directed by Maia Kenworthy and Elena Sánchez Bellot and produced by Katrina Mansoor, it centres on the ordinary people who are devoting their lives to civil disobedience as part of global climate protest movement Extinction Rebellion.

Nayar is also director of US-Canada-Kenya co-production Just A Band, about four Kenyans who drop out of university to form an Afroelectric pop group. Producers on the project include Wanuri Kahiu, who directed 2018 festival hit Rafiki.

Twenty of the 48 projects have a first-time filmmaker attached to direct, while 21 are from directors who have completed one to three films.

The seventh edition of the Alternate Realities Talent Market has chosen 20 teams to match with curators, exhibitors, distributors and funding bodies to assist their storytelling using digital technologies. Those chosen include Screen Star of Tomorrow 2018 Baff Akoto, whose current projects are Leave The Edges and Elevated Swagger.

Thirty countries are participating in the market across both sections.

“We’ve had an overwhelmingly positive response from our global network of industry decision-makers since we announced the plan to run a virtual market this year,” said Patrick Hurley, Doc/Fest’s director of marketplace and talent. “The feedback from participants in Thessaloniki and CPH:DOX has been great and us market-organisers are talking to each other plenty to share tips on best practices.”

The main Doc/Fest programme had been due to run from June 4-9. However last month it was changed to run selected films over a series of weekends throughout the autumn, with talks, panels and artists events.