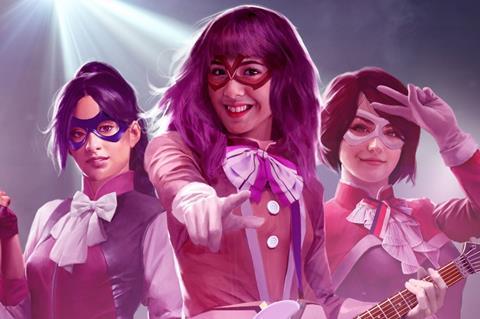 Virgo And The Sparklings

The partnership launches with two BCU films shooting in Indonesia this month. Virgo And The Sparklings directed by Ody C. Harahap is currently filming in the Jakarta area. Upi will direct Sri Asih and filming is set to begin later this November.

Joko Anwar, the Indonesian director behind the BCU’s first superhero feature Gundala, is a partner in the Screenplay Bumilangit venture and serves as the creative architect behind the slate of BCU content.

The BCU is a set of intertwining storylines based on characters created by a collection of Indonesian comic artists. Screenplay Bumilangit is a joint venture between Bumilangit Indonesia and Screenplay Films.

Screenplay Bumilangit previously announced a deal with Disney+ Hotstar in which all BCU films will be made exclusively available on the Disney+ Hotstar platform in Indonesia after their theatrical releases.