’Sons of Denmark’, ‘Stitches’ among 10 films due to compete in Artekino Festival 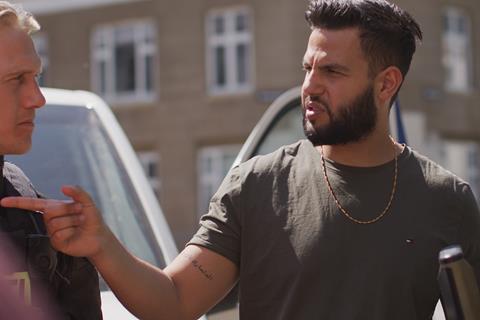 Danish political thriller Sons of Denmark and Serbian stolen child drama Stiches are among the ten European features due to be showcased in the fourth edition of the competitive Artekino Festival, running December 1 to 31, its organisers have announced.

The online festival - which is a joint venture between Franco-German broadcaster Arte and Paris-based digital platform Festival Scope – will be available for free in 45 countries across Europe.

Under the initiative, aimed at promoting the circulation of European films that have not found wide theatrical distribution - 5,000 virtual seats are made available for each film to give a total of 50,000 viewings for the entire initiative.

The debut feature of Danish-Iraqi filmmaker Ulaa Salim, Sons Of Denmark premiered at the International Film Festival Rotterdam this year. It revolves around two Danish Muslim men who find themselves on either side of a terrorist plot to assassinate an ultra-nationalist politician.

German entry Thirty by Simona Kostova also debuted at IFFR. It follows a group of friends living in Berlin over the course of 24 hours.

Based on real-life events, Serbian filmmaker Miroslav Terzíc’s Stitches revolves around a woman who believes the son she was told died at birth 18-years previously may still be alive. It premiered at the Berlinale this year.