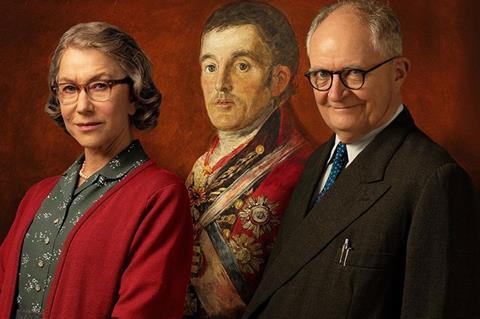 Sony Pictures Classics said on Wednesday (December 15) it will release the late Roger Michell’s Venice and Telluride selection The Duke, currently playing a one-week awards-qualifying run in Los Angeles, on March 25 2022 in the US.

The dramedy starring Jim Broadbent and Helen Mirren will open in New York and Los Angeles before expanding wide. The awards-qualifying run ends on Thursday.

The Duke is based on actual events and takes place in 1961 when Kempton Bunton, a 60-year old taxi driver, stole Goya’s portrait of the Duke of Wellington from the National Gallery in London.

It remains the only theft in the Gallery’s history. Kempton sent ransom notes saying that he would return the painting on condition that the UK government agreed to provide free television for the elderly. Further revelations emerged about the backdrop to Kempton’s life.