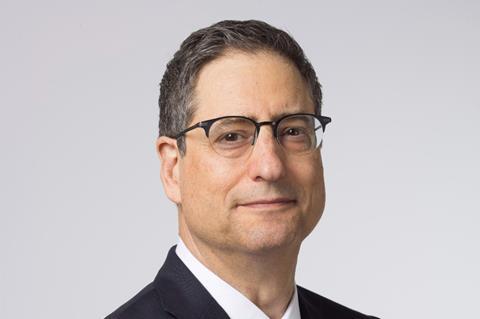 Sony Pictures Entertainment (SPE) has extended Tom Rothman’s contract at the motion picture group and added CEO to his title of chairman.

Rothman assumed oversight of the company in 2015 and has guided it through a boom in streamers and more recently the pandemic, when the studio licensed several titles include animation The Mitchells vs The Machines to Netflix.

He continues to report to SPE CEO Tony Vinciquerra and hailed Sony Corp’s “steadfast support of the Motion Picture Group through these challenging times”.

The release slate under Rothman’s tenure includes Spider-Man: Far From Home, new Jumanji instalments, the Hotel Transylvania franchise, a Bad Boys reboot, Venom, The Father, and Spider-Man: Into The Spider-Verse.

Coming up this year and in 2022 are: Venom: Let There Be Carnage, Spider-Man: No Way Home; Morbius; Ghostbusters: Afterlife, PlayStation Productions’ Uncharted; awards prospect A Journal For Jordan; Where The Crawdads Sing, Bullet Train; and the sequel to Spider-Man: Into The Spider-Verse.

Rothman joined Sony Pictures in 2013 as chairman of TriStar Pictures before he was promoted to chairman of Sony Pictures Motion Picture Group in February 2015. Prior to that he ran Fox Filmed Entertainment with Jim Gianopulos from 2000-2012, served as president of worldwide production for Samuel Goldwyn Company, EVP at Columbia Pictures, and was a partner at New York entertainment law firm Frankfurt, Kurnit, Klein and Selz.