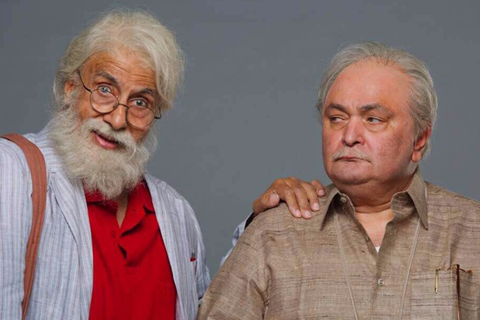 Sony is co-producing the film with Shukla’s Benchmark Pictures and Treetop Entertainment and will also handle worldwide distribution. The film is scheduled for global release on May 4, 2018.

Based on Saumya Joshi’s Gujarati-language play of the same name, the film revolves around a father-son relationship with Bachchan playing the 102-year-old father and Kapoor playing his sprightly 75-year-old son.

The film marks the first time in 27 years that the two stars have worked together after co-starring in Hindi-language classics such as Kabhie Kabhie, Naseeb and Ajooba. Shukla previously directed comedies All Is Well (2015) and OMG: Oh My God! (2012).

Shukla said: “102 Not Out is a highly entertaining and extremely successful Gujarati play that has won over the youth and family audiences across the board. The idea of adapting it into a Hindi feature came from the fact that the relationship between a parent and a child is universal and the one where love supersedes everything else, including age.”