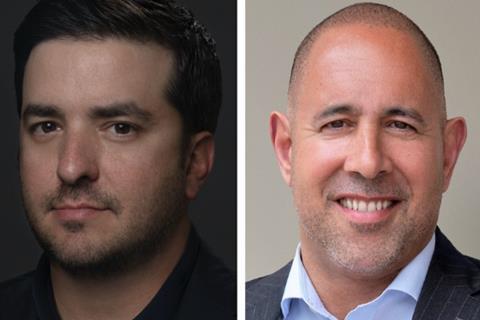 Sony Pictures Entertainment is to adopt a regional model for its international film marketing and distribution teams as part of a corporate restructure that will also see theatrical, home entertainment and television distribution marketing teams merge in the US.

As part of the restructure, announced on Tuesday (October 27) by Sony’s motion picture group president Josh Greenstein and networks and distribution president Keith Le Goy (pictured), co-president of global marketing Andre Caraco has chosen to depart after more than 30 years at the studio.

Sony’s announcement is the latest in a wave of studio realignments. Hollywood studios are consolidating their content creation teams as they weigh up distribution options at a time when streaming platforms have boomed.

“Ultimately, these changes will better position us as a studio for when we come out of this pandemic,” Greenstein and Le Goy said in a memo to staff.

There have been lay-offs in the US marketing and distribution teams.

During the pandemic, Sony has tried to preserve its theatrical releases, opening Broken Hearts Gallery and other smaller titles in US cinemas but holding back larger tentpoles such as Peter Rabbit and Venom sequels for 2021.

The memo appears below:

We want to inform you of some important structural changes taking place in our marketing and distribution operations in Motion Pictures and Television. Moving forward, we will be combining our theatrical, home entertainment and television distribution marketing teams in the U.S. and adopting a regional model for both businesses internationally. This will allow for better coordination and enable us to apply the collective expertise of our teams across all platforms throughout each title’s lifecycle, and to respond cohesively to new and emerging release patterns.

The changes represent an important step in further integrating and streamlining our businesses across the studio and will strengthen our marketing and distribution capabilities in today’s rapidly changing marketplace.

The following leaders will also now have a dual report to both of us:

Our own reporting lines will not change, but we will be working very closely together on these matters.

The company has considered for some time combining these operations to create better efficiencies and tighter collaboration among our teams. The ongoing COVID-19 pandemic and its impacts on our industry – particularly in how it has upended distribution and the ways in which audiences are consuming content – accelerated the efforts in implementing this restructure. Ultimately, these changes will better position us as a studio for when we come out of this pandemic

With the consolidation, unfortunately some positions in the U.S. marketing and distribution teams have been eliminated. Those employees impacted have been notified and we sincerely thank them for their many excellent contributions.

We look forward to working with our teams and all of you over the coming days as we put these changes into action.