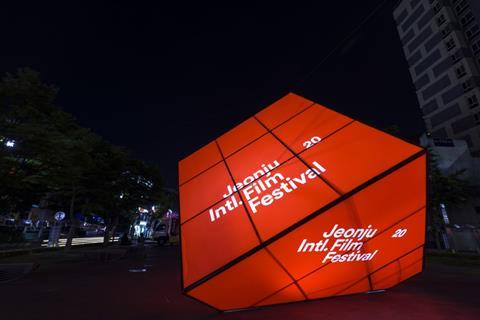 International film festival organisers in South Korea have expressed solidarity with the people of Myanmar - and the filmmakers fighting for democracy - in the face of crackdowns from the military junta that ousted Aung San Suu Kyi’s elected government on February 1.

Eleven of South Korea’s most prominent film festivals, including Busan, Jeonju and Bucheon, released a joint statement that said: “Korean film festivals express solidarity and encouragement to the people of Myanmar, standing in their brave steps towards democracy.

“The festivals strongly condemn the ruthless massacre against the peaceful protesters and insist for all the violence to stop. We also call for the immediate cease of searching and imprisoning of filmmakers who are trying to tell the truth in resistance to the coup.”

See below for full statement

The statement also addresses South Korean filmmakers’ struggles for freedom of speech and democracy, on which overseas counterparts have previously expressed solidarity and support.

Sang-Hwa Kim, executive director of the Busan International Kids & Youth Film Festival, said the initiative started at a gathering of the heads of seven film festivals and has spread to others. Plans are underway for the festival heads to stand together in Jeonju on the second day of the festival, on April 30, read out the statement at a press conference and announce plans for Korean film industry people to show solidarity and possibly form a coalition with their Burmese counterparts.

The Assistance Association for Political Prisoners, which monitors casualties and arrests, has so far recorded 738 killed, 4,285 arrested and 3,261 still detained since the military takeover in Myanmar.

Statement by the Korean Film Festivals on Myanmar

Korean film festivals express solidarity and encouragement to the people of Myanmar, standing in their brave steps towards democracy. The festivals strongly condemn the ruthless massacre against the peaceful protesters and insist for all the violence to stop. We also call for the immediate cease of searching and imprisoning of filmmakers who are trying to tell the truth in resistance to the coup. We urge the military to immediately cede its power to the rightful democratic government, chosen by its people.

Korean film festivals condemn the violence against peaceful protestors that has led to numerous deaths, including that of the children. In particular, we express our strong support for the filmmakers in Myanmar who are raising their voices at the head of the civil disobedience movement that aims to peacefully restore democracy and protect human rights and freedom. The festivals stress the need to uphold democratic processes, refrain from violence, fully respect human rights and fundamental freedoms such as freedom of expression through arts. The festivals urge the military to immediately release all those detained arbitrarily including the members of the Government and to retrieve all-points bulletin on Myanmar filmmakers.

Korean film festivals express our support for Korean civil associations and their efforts to engage other ASEAN countries in the dialogue, by urging each country to do everything in its power to pursue the democratic transition in Myanmar.

The ongoing violence of the military in Myanmar brings us to vivid memories of the violence of dictatorship that took place in Korea not so long ago.

Moreover, the bold actions of Myanmar filmmakers to regain democracy, peace, human rights, and freedom remind us of how the Korean filmmakers fought for freedom of expression in the past. We have not forgotten the filmmakers from around the world who stood with us at that time. Accordingly, Korean international film festivals reiterate our solidarity and support to the Myanmar filmmakers and their courage.

The development of Asian cinema and the solidarity of Asia formed through cinema will realize alternative democratic values, further establishing a foundation for solidarity organizations to support and protect autonomy of cultural arts, freedom of expression and arts, and civic rights of the minorities.

Korean film festivals stress the need to gather the wisdom of mankind regardless of the borders and overcome the crisis together. To this end, we raise global solidarity that respects the value of peace and democracy. We reiterate our support and solidarity to Myanmar filmmakers who are protesting the military violence in order to restore democracy.

Korean film festivals will continue to stand with the filmmakers of Myanmar and their democratic aspirations.

Korean film festivals in support of resistance and fight of Myanmar filmmakers: