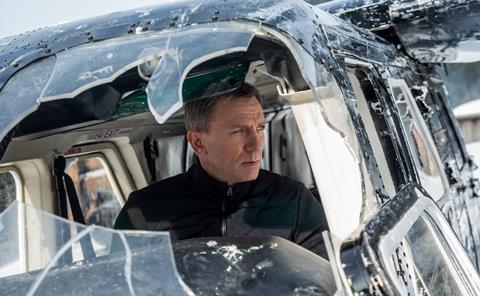 As expected, having posted a record-breaking Tuesday and Wednesday, Spectre has now officially recorded the biggest opening of all time at the UK box office.

Skyfall opened more traditionally on a Friday and did also hold the record for the biggest first seven days at the UK box office with $57.71m (£37.33m), a record that now belongs to Spectre and technically it did it in even less time given it only opened on Monday night.

Another Skyfall record that will be firmly within Spectre’s sights is that of being the fastest film to £50m at the UK box office, a feat Skyfall achieved in 10 days. Spectre has three days to make $13.45m (£8.7m) and, difficult though it seems, you wouldn’t yet bet against it.

Now all that remains to be seen is if Spectre can showcase the same extraordinary legs that Skyfall did on its way to $159m (£102.88m), including a stunning $24.9m (£16.11m) second weekend which currently ranks as the highest ever.

Not content with Bond setting every record going, Sony also dominated the children’s market over this past week as Hotel Transylvania 2 boosted 14% on its way to a $3.7m (£2.4m) third weekend.

The animated sequel is now up to an excellent $24.8m (£16.03m) after it added over $6.2m (£4m) over Mon-Thurs as it took full advantage of being the main (and newest) animation out over the school holidays.

Sailing to a further $1.2m (£784,000) in its third weekend was Warner Bros’ Pan which also prospered despite the arrival of Spectre.

The fantasy prequel added around $2.8m (£1.8m) over Mon-Thurs and has now taken a solid $11.1m (£7.16m) in the UK. Barring a late surge, it will likely end its run as director Joe Wright’s third best performer.

Paranormal Activity: The Ghost Dimension held well in its second weekend dropping just 27% (excluding previews) as it scared up $1.1m (£705,000).

Paramount’s latest instalment in the found footage series is now up to $4.6m (£2.96m) and while it won’t come close to any of the first three’s £10m-£11m tallies, it has avoided being the lowest grossing outing of the series, surpassing The Marked Ones $4.5m (£2.9m).

StudioCanal’s Kill Your Friends and Fox’s He Named Me Malala both receive wide releases, while High Fliers’ The Runner and Park Circus’ re-release of Brief Encounter are among the films receiving a limited release.