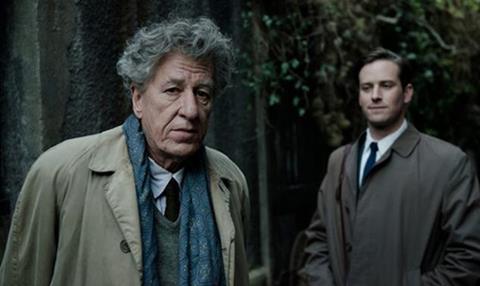 Vertigo Releasing has acquired Final Portrait, a biopic of Alberto Giacometti directed by Stanley Tucci, for the UK and Ireland.

Adapted from U.S. writer James Lord’s memoir A Giacometti Portrait, the film offers a window into the chaotic life of the artist in 1960s Paris.

The film, a labour of love for Beauty And The Beast and Hunger Games star Tucci, premiered at this year’s Berlin Film Festival.

Vertigo are planning a summer 2017 release to coincide with Tate Modern’s Giacometti retrospective and are exploring opportunities to cross promote.

Ed Caffrey of Vertigo Releasing said: “Final Portrait is a wonderful film, funny, affecting but also with a depth that draws us into a reflection on the artistic process.”

Hanway’s Nicole Mackey added: “We are so excited that the Vertigo team will be releasing Final Portrait in U.K., coinciding with a unique Giacometti exhibition at the Tate. They join a superb array of world distributors.”