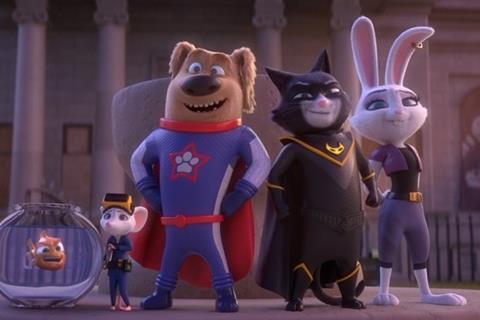 Viva Kids has acquired US rights from Kaleidoscope Film Distribution to the family animation StarDog And TurboCat featuring the voices of Nick Frost, Luke Evans, Gemma Arterton, and Bill Nighy.

Frost voices the title character Stardog in the story about a vigilante super-cat Felix who teams up with his canine friend Buddy to track down Buddy’s lost owner.

Los Angeles-based producer and distributor Viva Kids plans a May 21 debut exclusively on DIRECTV Cinema ahead of a planned theatrical release on June 19.

“At the core of the movie, there’s a message about teamwork and putting aside our differences for the greater good,” said producer Mayank Jhalani. “I hope that message shines through to our young audience.”

Jhalani added, “Charli represents a new generation of celebrity. She brought something very sweet and charming to her character, which went perfectly with the overall tone of the movie.”