True story of Yusra Mardini to be directed by Billy Elliot director. 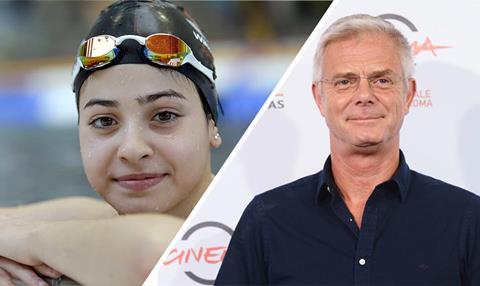 Working Title’s co-chairmen Tim Bevan and Eric Fellner will produce the project alongside trade journalist-turned-producer Ali Jaafar (The Idol). Mardini will serve as a consultant.

Mardini fled Syria in 2015 with her sister as they looked to escape the war-ravaged country. When their dinghy travelling between Turkey and Greece capsized, the two helped swim the boat and its occupants to safety.

After settling in Berlin, Mardini met a swimming coach who took her under his wing. When the International Olympic Committee launched a Team Refugee to compete at the 2016 Olympic Games in Rio de Janeiro, Brazil, she competed at the event, winning her heat.

Mardini has since become an ambassador for refugees and has met world leaders including Barack Obama and the Pope.

Mardini commented: “I am very happy that we have finalized this project and I am really excited about developing the film. I have a good feeling for the cooperation with Working Title.”

Stephen Daldry added: “Yusra reminds us of the human cost of the tragedy and the incredible fortitude, perseverance and hope of one young woman who struggles for a future. Yusra’s dream of living in peace is the story of our time.”

Eric Fellner added: “It’s rare to find a story whose truth makes it emotionally more powerful than fiction can ever be. The physical, spiritual and geographical journey that Yusra and Sara undertook is quite unbelievable. Through the power of film we feel privileged and enthused to share such an incredible and important story about how lives can be changed through dreams, ambition and desire.”