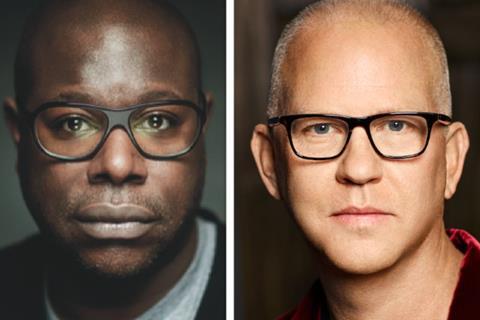 Steve McQueen will receive a Director’s Tribute and and Ryan Murphy will receive the Industry Tribute at the 30th anniversary IFP Gotham Awards on January 11, 2021.

McQueen has earned attention this awards season for this Small Axe film anthology on Amazon PrimeVideo exploring London’s West Indian community from the 1960s to 1980s.

He directed Oscar-winning 12 Years A Slave and his credits include Shame, Hunger, and Widows.

Murphy’s musical The Prom is in awards consideration and his TV series include Nip/Tuck, Glee, American Horror Story, American Crime Story, Pose, and The Politician

“Steve McQueen is a force within the industry, directing one of most impactful and influential films of the year,” IFP Executive Director Jeffrey Sharp said on Wednesday (December 9).

“His bold, masterful storytelling has riveted audiences for the past decade making him one of the most iconic filmmakers today.

“Ryan Murphy has created some of the most cherished and acclaimed television series and films in recent years. Ryan, across his many successful shows, has built a home on the screen where his characters, and frankly all of us, feel included, making him one of the most dynamic and well-loved creators by colleagues and audiences alike.”

As previously announced, Chadwick Boseman and Viola Davis will receive this year’s Actor and Actress Tribute.

The Gothams ceremony will be presented live from Cipriani Wall Street New York in a hybrid format featuring virtual interactive tables in compliance with Covid-19 protocols.