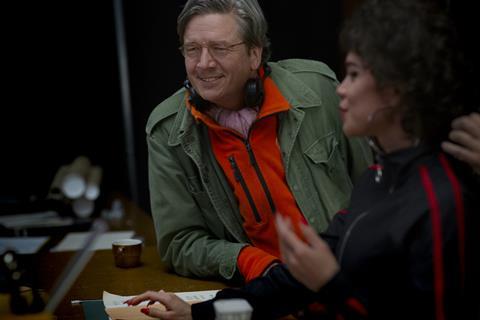 Tomas Alfredson on the set of ‘The Jonsson Gang’

The film is in the final stages of post-production.

It is a reboot of a Swedish comedy film series which began in the 1980s, and produced eight feature titles. SF Studios is releasing the title in Sweden this December.

The Jonsson Gang is about a thief who, on release from prison, finds his gang have become law-abiding citizens and he must continue on his own. But when he is tasked with a bigger job than expected, he needs the help of his past accomplices to carry out their most difficult heist.

The film is a FLX production in co-production with Another Park Film, Dorsin Enterprises, Tonefilm, SF Studios and TV4, in collaboration with C More, Chimney and Studiocanal, with support from Swedish Film Institute, Nordisk Film & TV fond and Norrköpings filmfond.