UK producer Serena Armitage, whose credits include the 2016 Oscar-winning short Stutterer, is nearing completion on her first feature project Look The Other Way And Run. 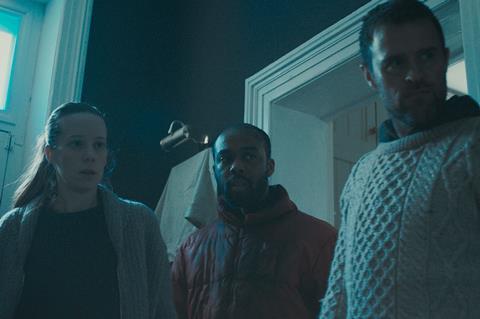 ’Look The Other Way And Run’

The dystopian thriller is the directorial debut of David Luke Rees and is produced through Armitage’s Red Breast Productions. It stars Chloe Pirrie, who also appeared in Stutterer, with Jonas Armstrong and Ken Nwosu.

It tells the story of two survivors in a dystopian society living in a remote country house who decide to give shelter to a newcomer.

Further producers on the feature are Union Pictures International’s Robyn Forsythe and director Rees through his own label, Crooked Smile Films. Bennett McGhee of Silvertown Films is an executive producer. Rees also co-wrote the screenplay with Madelaine Isaac.

Look The Other Way And Run shot on location in Yorkshire in 2018  and is now  nearing the end of post-production.

The project has been privately funded.

Alongside her work in The Crown, Pirrie recently shot BBC One series The Victim and Amazon series Carnival Row. She was a Screen Star of Tomorrow in 2013 and has feature credits including Shell and Youth.

Luke Rees is now teaming with McGhee on the period thriller The Trail.