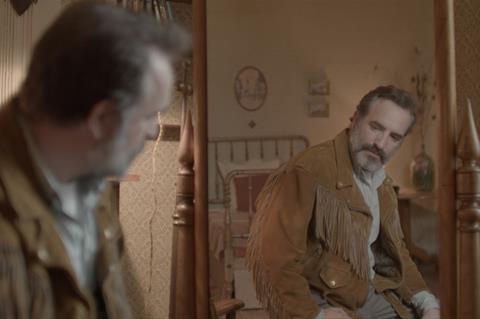 Dujardin, best known internationally for his Oscar-winning performance in The Artist, is joined in the cast by Adèle Haenel.

It is a seventh feature for Dupieux who began his career making music videos and advertising, working with the likes of Michel Gondry, and also composing electronic music under the name of Mr Oizo.

It was the first chapter of the feature film of the same name, which premiered at the Sundance Film Festival in 2013.

He followed this with Reality, which premiered at the Venice Film Festival in 2015 and starred Alain Chabat as a director who has 48 hours to find the best whimper in the history of filmmaking.

His penultimate feature Keep An Eye Out, was a surrealist absurdist tale, subverting the 1970s detective genre and starring Benoît Poelvoorde, Grégoire Ludig and Anaïs Demoustier.

Deerskin is produced by Mathieu and Thomas Verhaeghe at Paris-Atélier de Production, with the backing of Arte France Cinema.

The duo previously produced Keep An Eye Out.

International sales on the film are being handled by Paris-based sales company WTFilms which previously handled Keep An Eye Out. Diaphana has acquired French rights for a June 19 release.

The opening film as well as the parallel selection’s choice of John Carpenter for its honorary Carrosse d’Or award this year suggest Moretti’s tastes chime to with those of his genre-loving predecessor Edouard Waintrop.

The announcement of the full Directors’ Fortnight selection will take place on April 23 at its usual Forum des Images venue in Paris.