EXCLUSIVE: Top brass at Robert Simonds’ studio have ended weeks of speculation and confirmed to Screendaily the hire of John Friedberg as president of international sales. 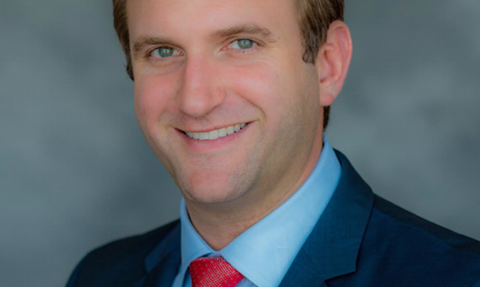 In a clear statement of STX’s global ambitions the executive, who arrives from Block Entertainment where he most recently served as evp of international sales and distribution, will assemble a team, build a slate based on STX’s development and production pipeline and explore strategic partnerships.

The initial sales roster will include Mile 22, in which Peter Berg will direct Mark Wahlberg, and an untitled Jackie Chan action film that Martin Campbell will direct. It remained unclear at time of writing whether STX would scout third-party titles.

The sales slate does not cover the first four films that STX will release in the US. Blumhouse International and Sierra/Affinity handed international sales on psychological thriller The Gift, which STX is scheduled to open on August 7.

IM Global licensed territories on thriller The Secret In Their Eyes, which it fully financed and is scheduled for October 23, and Civil War drama Free State Of Jones, which STX and IM Global co-financed and is set to open on March 11 2016. Lakeshore handled horror title The Boy, which is earmarked for release on January 22 2016.

Friedberg segued into Block Entertainment after serving with Block at QED International. He has worked on financing and distribution arrangements for such titles as Fury, District 9, Rock The Kasbah and Dirty Grandpa.

“With John’s addition to STX Entertainment, we have hired one of the brightest, most promising international sales executives working in the industry today,” said Adam Fogelson, chairman of the STX Entertainment Motion Picture Group, who made Wednesday’s announcement with STX Entertainment COO Thomas McGrath.

McGrath added: “Now that we are up and running with an aggressive slate of films, navigating the international landscape and maximising our returns overseas with the best mix of deals is critical to our business and success. We look forward to John’s counsel and leadership as we identify the best possible partners for our content internationally.”