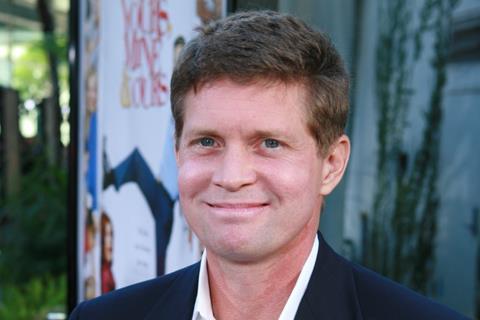 STX has merged with studio and OTT platform Eros Entertainment in an all-stock deal to form Eros STX Global Corporation, which will trade on the NYSE.

STX founder Robert Simonds (pictured) announced the news in a company-wide memo on Friday (17) and will assume the title of co-chairman and CEO alongside Eros International’s current CEO, Kishore Lulla who becomes executive co-chairman.

According to a press release Eros STX Global Corporation will develop, produce and distribute Bollywood and Hollywood content across multiple platforms.

The new entity benefits from $125m of incremental equity from new and existing STX Entertainment equity investors, including TPG, Hony Capital and Liberty Global, and a $350m credit facility led by JP Morgan.

The transaction is expected to close in June and the combined company will be headquartered in both Burbank and Mumbai.

Today marks an important and exciting day for our company. I’m very happy to let you know that we have just announced an agreement to combine forces with Eros International, the leading Indian film studio and OTT platform driving Bollywood. Eros is simply the most important film company in India. After the transaction closes, expected by the end of June, the combined company will be called Eros STX Global Corporation and will trade on the NYSE, where Eros is traded today. Together with Eros, we will realize our ambition to be a global powerhouse in entertainment, digital media and OTT. You can find a copy of the press release we issued here.

The combination will create the first independent media company with the expertise and creative cultures of Hollywood and Bollywood, while also leveraging the important inroads both companies have made into the Chinese market. Together we will have the relationships, management expertise and resources to create new content addressing the largest and most attractive global markets and will be backed by some of the most sophisticated investors in the media space.

As some of you already know, Eros has the largest library of Indian films with 3,000 titles and its OTT platform Eros Now is the leading SVoD platform for Indian content with 12,000 digital rights. The combined company will collaborate with key partners like Apple, Amazon, Microsoft NBCUniversal and Google/YouTube, and continue the our cost-effective, star-driven development, production and distribution models each company is known for today. We couldn’t be more excited about what the future holds.

The combined company will be led by executives from both companies. I will serve as Co-Chairman and Chief Executive Officer of the new company alongside Eros International’s current CEO, Kishore Lulla who will be the Executive Co-Chairman. Kishore is a giant in the Indian media world and has played a key role in shaping the country’s entertainment market for decades. Andy Warren will be the CFO of the combined entity. I’m also thrilled to announce that Noah Fogelson will serve as Co-President of the new company, alongside Rishika Lulla Singh, who currently serves as Chairman of Eros Digital. The combined company will be headquartered in both Burbank and Mumbai.

This combination is truly an example of two great companies coming together to create a powerful force in the global entertainment space. With this new capital and our global film and digital businesses we are well positioned to create and distribute content globally, that will allow audiences to consume our premium content when, where and how they prefer.

As always, thank you for your continued focus on the exciting work we do. This news is due in no small part to the incredible work and dedication that each of you contribute to our company every day. As we expand into the most important markets around the world, I’m excited to see what our team is capable of achieving.

Please join us for a company-wide call on Monday. A calendar invite will be sent out with details. If you have any questions, please reach out to me.