FilmStruck, the streaming service launched earlier this year by Turner International and Warner Bros Digital Networks, has appointed a UK-based director of content and editorial for its international arm. 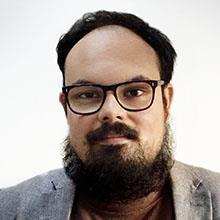 Quentin Carbonell has joined the company from rival streaming service MUBI, where he held the position of director of acquisitions since December 2015. He had worked at MUBI since 2012, also holding the position of general manager and director of MUBI France.

At FilmStruck, where he began on Monday (July 16), he will lead the service’s international content acquisition, programming and curation across all regions and will also be responsible for defining and executing the service’s overall editorial strategy. He will work closely with the company’s local programming teams and content partners and will report into Kerensa Samanidis, general manager, international.

Subscription service FilmStruck launched in the US in November 2016. Its international rollout began with the UK in January 2018 (where pricing begins at £4.99 per month), followed by France and Spain in May. The service draws on the Warner Bros library and the Criterion Collection library and offers mainstream, cult, independent, classics, art house, foreign and documentary titles. It is planning to expand into additional markets in the near future.