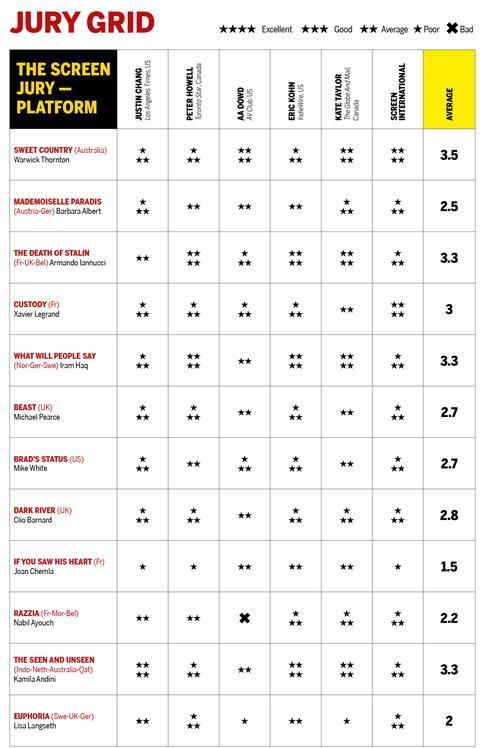 Three titles followed in second place with 3.3: Armando Iannucci’s The Death Of Stalin, Iram Haq’s What Will People Say and Kamila Andini’s The Seen And Unseen.

Titles that failed to impress the critics included If You Saw His Heart, which scored 1.5, Euphoria on 2.0, and Razzia on 2.2.

The festival’s awards tallied with the jury grid, with Sweet Country taking the Toronto Platform prize.