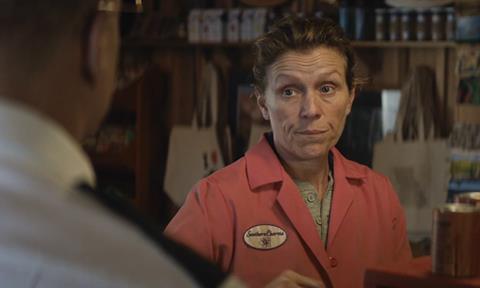 “Oh boy, this is thrilling,” McDonough said in a written message. “You never know if your film has connected with people. This is brilliant that is has.”

The festival will present a free screening of Three Billboards Outside Ebbing, Missouri at Roy Thomson Hall at 6pm on Sunday evening.

In a message sent to the ceremony, Kahn said, “You are all beautiful motherfuckers. Thank you to everyone for helping me turn this into a film I couldn’t imagine making.”

Thornton said, “We make films about our past. I am indigenous, I needed to get this out there. There is an alternate history to what we see. For all of us to go forward, we need to understand the past. We can make better decisions. I am very thankful for this. This is a small genesis in me becoming a filmmaker.”

Foroughi said, “I wish for gender equality, peace for everyone, and more humanity, transparency, and freedom for all.”

Tiffany Pritchard contributed to this report.