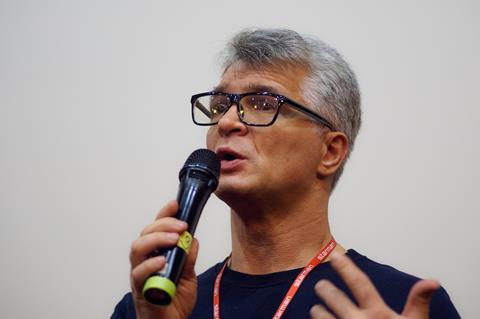 He was 50 years old when he passed away in Paris on Sunday, October 8.

The festival team will hold an in memoriam ceremony on Friday at their office Telliskivi Creative City in Tallinn, the Estonian capital.

Festival director Tiina Lokk commented: “Igor was one of those rare indispensable people who helped form the face of the festival’s programme, not only with his recommendations, but also his enormous passion and erudition. He was both kind-hearted and wise, and he lived in the name of film.”

Gouskov had worked as a programmer for Black Nights since 2015 with a focus on films from CIS countries and Eastern Europe.

Born in 1967 in the Russian town of Petropavlovsk-Kamchatsky, Gouskov was a film critic and researcher who also worked as a CIS consultant for Cannes Film Festival’s Directors’ Fortnight sidebar, and the Vologda International Film Festival.