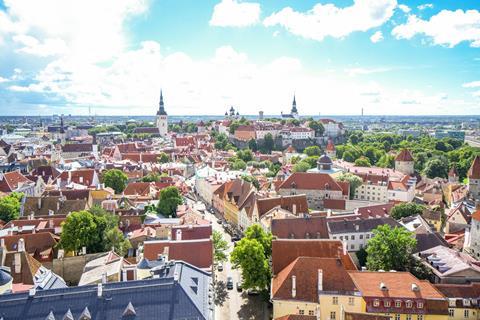 A major film studio complex in the Estonian capital of Tallinn has finally been given an opening date after city officials revealed the location of the development.

Tallinn Film Wonderland will be constructed in the northern part of the city, rejuvenating an industrial wasteland on the Paljassaare peninsula, and is set to open in January 2022.

In this first phase, three sound stages and additional production buildings will be constructed to provide state-of-the-art facilities to both the local and international film and television industry. In the long-term, the entire area will be redeveloped with residential and commercial buildings.

At a press conference in Tallinn, where the Black Nights Film Festival is in its final week, deputy mayor Aivar Riisalu spoke of “seizing the opportunity” presented by international film productions keen to shoot in the city. Just this summer, Christopher Nolan shot his latest feature, Tenet, in Tallinn. The Warner Bros-backed spy thriller stars Robert Pattinson, Elizabeth Debicki and John David Washington.

There have been talks of building a studio complex, which will be the largest of its kind in the Baltic region, since 2016. Initially planned for a 2018 opening, this was pushed to mid-2019 and 2020 before the latest goal of 2022. What is different on this occasion is the earmarking of a location on which to build.

Over the next few years, the City of Tallinn has pledged around €5m through city-owned company AS Tallinna Tööstuspargid to promote economic growth and create new jobs in the area.

Tallinn Film Wonderland was established by production companies Allfilm, Filmivabrik, Kinosaurus, Nafta Films, Stellar, Taska Productions and Film Industry Cluster consolidating 17 Estonian production firms. TFW is responsible for both creating and building the studio complex as well as operating it in the future.

Allfilm’s Ivo Felt, the veteran producer of Oscar-nominated Tangerines, told Screen: ”We have worked hard for many years to get the studio project started and now - thanks to City of Tallinn - it is really happening. It is hard to overestimate the importance of this to the local industry. We will soon be able to service foreign productions and shoot our own films on a totally new level.”