The 10 fastest films to make one billion dollars

How does Beauty And The Beast compare with other billion dollar grossers? 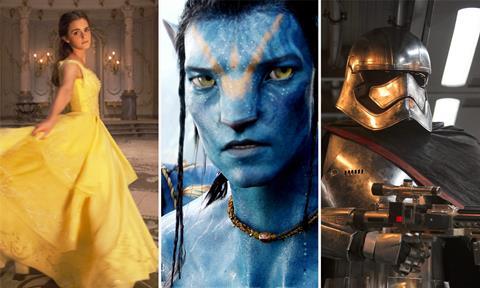 Beauty And The Beast passed $1bn at the worldwide box office on Wednesday (13 April).

In a press release Disney said: “Beauty And The Beast fans around the world pushed Disney’s live-action adaptation past the $1 billion mark at the global box office, making it 2017’s highest-grossing film worldwide to date, the highest grossing live-action movie musical of all time and a global phenomenon.”

It’s a tremendous achievement for the live-action Disney remake, and sees it join an elite club of 29 films to have grossed ten figures.

It’s also impressive that Beast reached the landmark in just 30 days (it was first released on March 16). But how does this compare to other billion-dollar-grossing films?

With the help of box office analysts ComScore, Screen rounded up which films were the fastest to reach $1bn at the global box office, and if Beauty And The Beast made the top ten.

The 10 fastest films to reach a $1billion

As the data shows, Beast just makes the list, sneaking in ahead of the 11th place film Transformers: Dark Of The Moon, which took 37 days to reach the milestone.

Disney are dominating the table, with six entries including the number one film Star Wars: The Force Awakens, which one billion after just 12 days in late 2015/2016.

It’s also interesting that Avatar, still by far the highest grossing film of all time on $2.7bn, is only at No.4 on the list.

The Fate Of The Furious, released yesterday (13 April) in multiple territories, could trouble the chart in a few weeks’ time.