'The Favourite' rules with 12 Bafta nominations 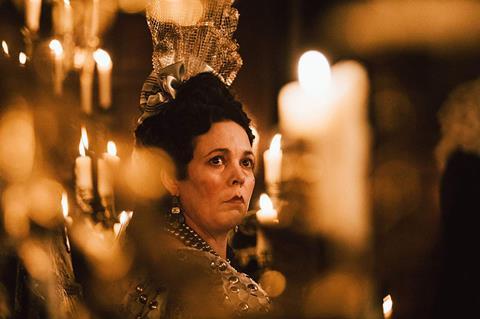 Yorgos Lanthimos’ The Favourite picked up a healthy 12 nominations as the British Academy of Film and Television Arts set its contenders for the 2019 ceremony on February 10.

The dark period comedy is up for Best Film, Outstanding British Film, Director for Lanthimos, Leading Actress for Olivia Colman, and Supporting Actress for both Rachel Weisz and Emma Stone.

The film’s haul of 12 nominations matches The Shape Of Water’s total last year, which itself was the highest number for an individual title since The King’s Speech achieved 14 nods in 2011.

There is a four-way tie between Bohemian Rhapsody, First Man, ROMA and A Star Is Born, all of which received seven nominations.

However, the film missed out on the Best Film category, with A Star Is Born securing a nomination alongside ROMA, BlacKkKlansman, and Green Book.

A Star Is Born, a Warner Bros release, saw Bradley Cooper nominated for Leading Actor and Director, as well as in the Adapted Screenplay category alongside Will Fetters and Eric Roth and the Original Music race with co-star Lady Gaga and Lukas Nelson.

Netflix’s ROMA will also compete for Director for Alfonso Cuaron (who is also up for Original Screenplay, Cinematography and Editing) and Film Not In The English Language; the fellow nominees in that field are Paweł Pawlikowski’s Cold War, Matteo Garrone’s Dogman, Hirokazu Kore-eda’s Shoplifters, and Nadine Labaki’s Capernaum.

Universal’s First Man missed out on the top categories but will be in the running for Adapted Screenplay for Josh Singer, while Claire Foy is up for Supporting Actress but Ryan Gosling missed out in the Leading Actor field.

Adam McKay’s Dick Cheney biopic Vice, released by Entertainment One in the UK, picked up a trio of acting nominations: Christian Bale for Leading Actor, and Amy Adams and Sam Rockwell in the supporting categories. Rockwell won the Supporting Actor Bafta last year for his turn in Three Billboards Outside Ebbing, Missouri.

Making up for the disappointment of not even receiving a nomination at the Globes, Cold War, released by Curzon, added to a nod for Film Not in the English Language with a Director nomination for Paweł Pawlikowski, as well as Original Screenplay for Pawlikowski and Janusz Głowacki and Cinematography for Łukasz Żal.

In the Outstanding British Film category, lining up alongside Bohemian Rhapsody and The Favourite are Ian Bonhote’s McQueen (also nominated in the Documentary category), Michael Pearce’s Beast, Jon S. Baird’s Stan & Ollie and Lynne Ramsay’s You Were Never Really Here.