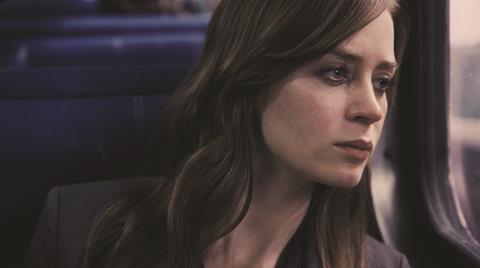 The Girl On The Train held off all newcomers continued its journey as the UK’s number one for the second straight week.

Inferno had to settle for second place on its UK debut due to the continued success of The Girl On The Train.

It’s co-director Nicholas Stoller’s first animation and marks his second-best opening in the UK, behind Bad Neighbours. The opening is some way behind Warner Animation Group’s first film, The Lego Movie’s $9.8m (£8.05m) from 547 sites.

Previews of Trolls provided family competition this weekend and Storks will face the full opening of Fox’s animation over the upcoming school holidays.

Also for Universal, Bridget Jones’s Baby has become the third release of 2016 to hit the £40m mark at the UK box office.

That marks director Andrea Arnold’s best-ever UK opening, ahead of Wuthering Heights’ $191,000 (£156,931) from 81 sites, and Universal will hope it can prosper midweek with the arthouse audience.

Also for Fox, Trolls danced to a promising preview haul of $2.48m (£2.04m) from Saturday and Sunday. It won’t be reported in this weekend’s chart and will be added to its official opening this coming weekend.

This week sees saturation releases for Fox’s Trolls, Universal’s Ouija: Origin Of Evil, Disney’s Queen Of Katwe, Paramount’s Jack Reacher: Never Go Back and Fox’s Keeping Up With The Joneses.