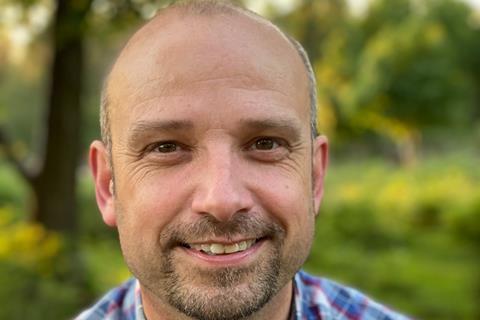 London and Los Angeles -based The Ink Factory has appointed former Warp Films executive Barry Ryan as head of production.

Ryan leaves Warp Films as head of production after 19 years where he was responsible for the management and production of all the films and television projects on Warp’s slate.

He replaces Tracey Josephs, who left  The Ink Factory last month. He will report to creative director Katherine Butler and COO Rod Henwood.

The new role will see Ryan oversee the production of the company’s slate of TV series and feature films working with the teams in both London and Los Angeles.

Ryan’s credits include Everybody’s Talking About Jamie; The Death & Life of John F Donovan; Kill List, For Those In Peril and Bafta-winning My Wrongs 8245-8249 &117.

Ryan will look after production on The Ink Factory’s upcoming slate of projects including the series How Much of These Hills is Gold and Her Name is Knight, and a feature adaptation of Lara Prescott’s debut novel The Secrets We Kept.

The Ink Factory’s credits includeThe Night Manager, The Little Drummer Girl, Fighting with My Family, A Most Wanted Man, and Message from the King.